Today I have haul, which consists of a few of the things that I have collected over the last month or so. I have recently had the urge to go shopping, which is probably due to the fact that in May, June and parts of July I wasn't able to go shopping due to having a broken leg. Two crutches and a handful of shopping bags don't exactly mix well. So as soon as I was able to I went of a bit of a mini shopping spree, which has inevitably caused me to spend a large chunk of my money. In this post I'm going to show the fashion and random portion of my haul and I will at some point do the beauty half. So here's what I got: 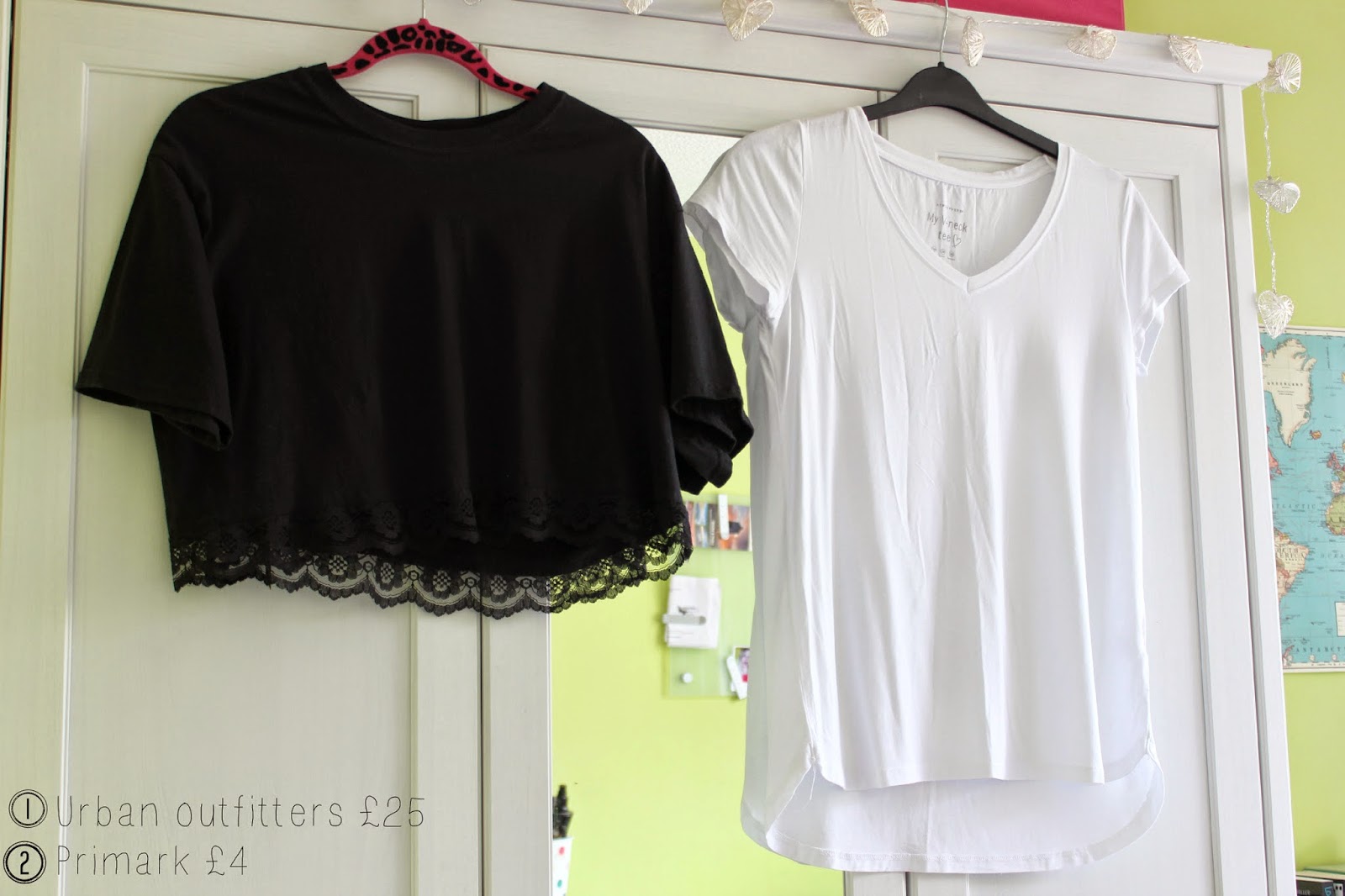 Firstly I got a black cropped t-shirt trimmed with black lace, which was a tad pricey at £25 but I absolutely love it and Urban Outfitters clothes are pretty good quality. I think it would look nice with some high wasted Jeans.

The next thing I got is a basic staple item, a V neck white t-shirt. This simple top was only £4, so I picked it up because the material is super soft and I can style it in so many ways as it goes with almost everything. 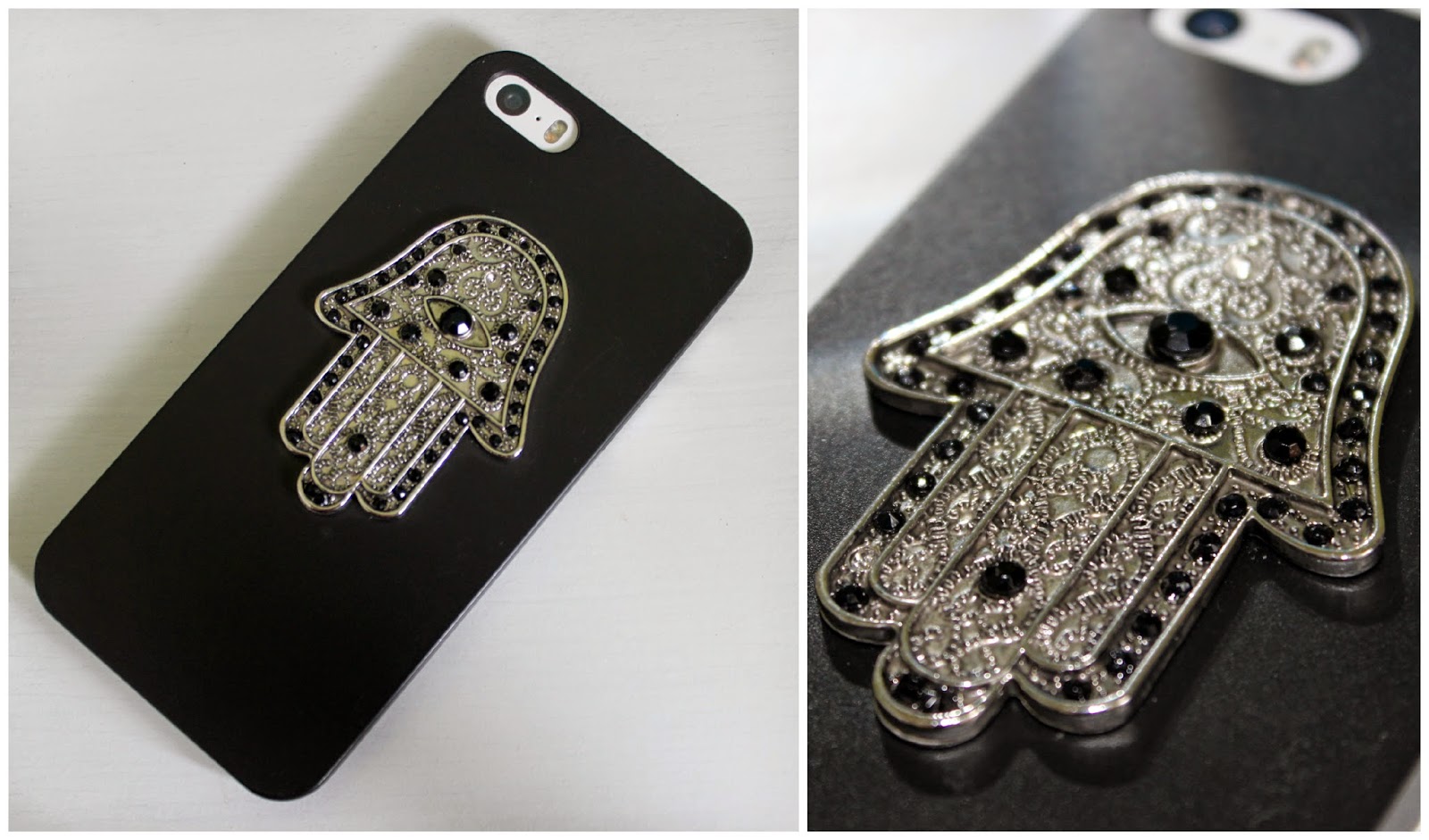 I also bought a phone case  From Urban Outfitters which is matte black with a pretty  silver and black diamante hamsa sign on the back. I've been wanting a new phone case for my iPhone for a while and this one is just perfect, it was £12. 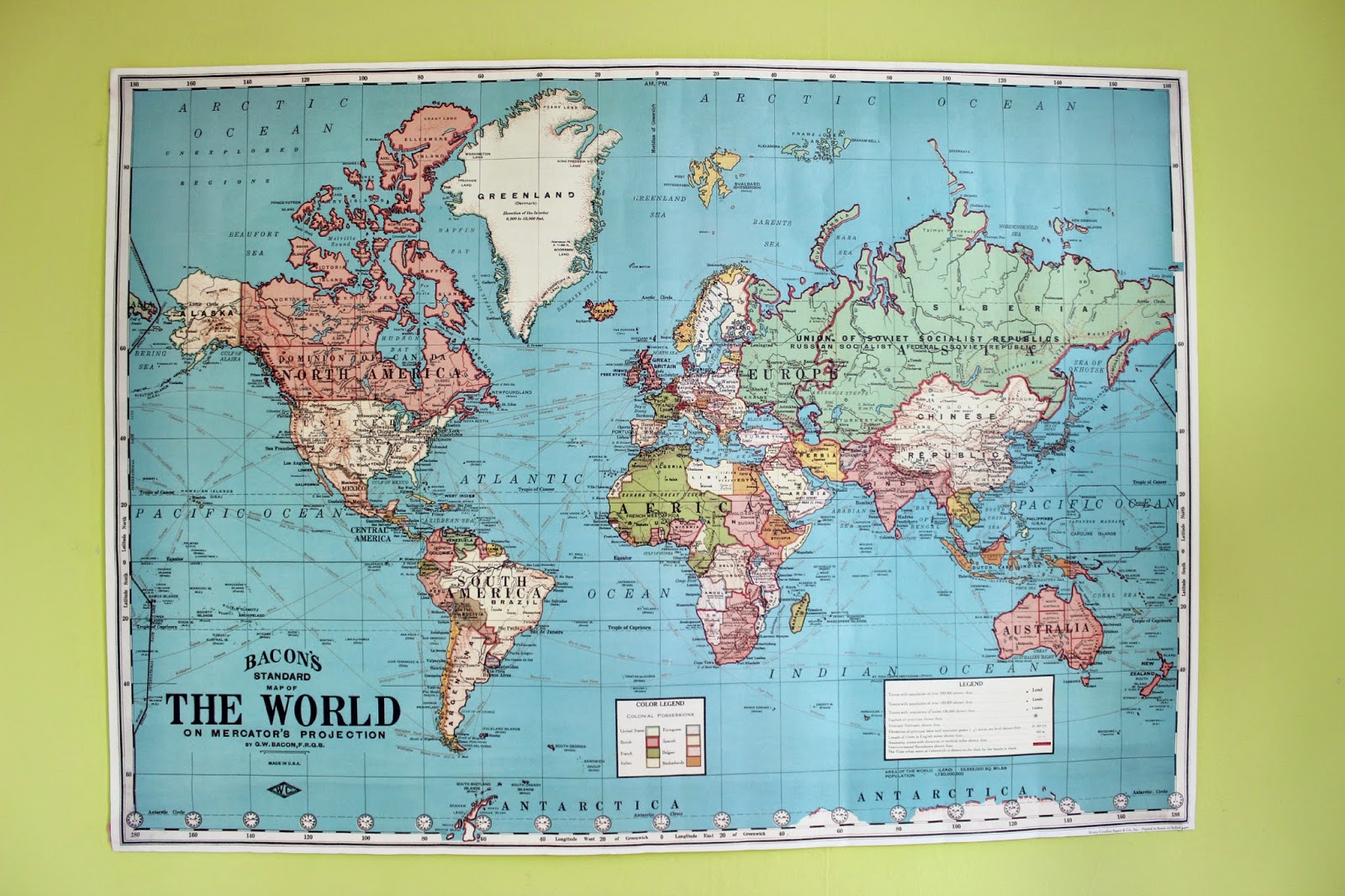 The homeware/gift section in UO is my favorite part, if I had the money I would literally buy every single item, but a lot of it is quite overpriced. On the way up to the tills I spotted a vintage looking world map poster, which is just what I wanted for my room. I think it will look really cute on my wall, it was £5. 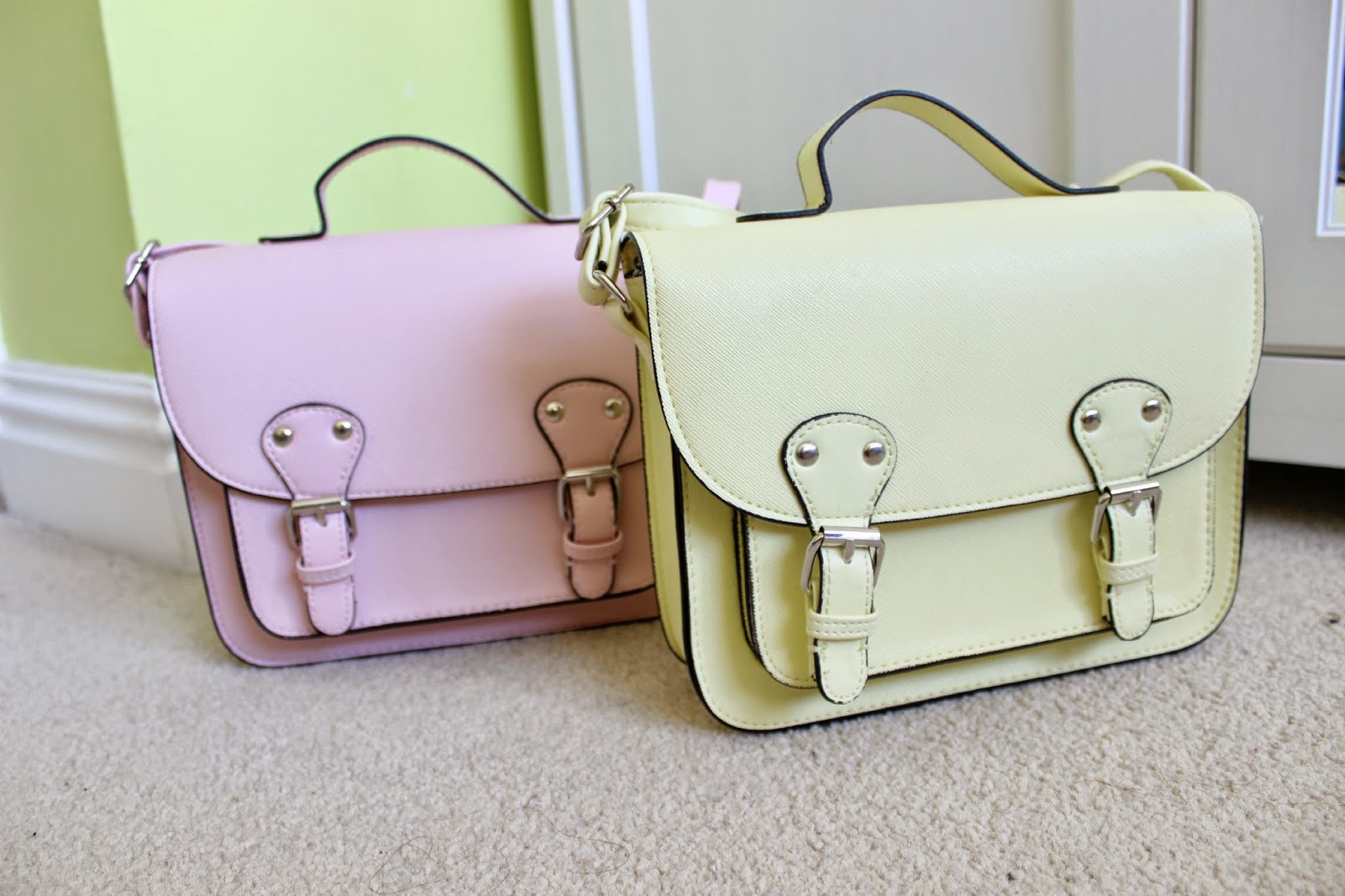 At the moment i'm a bit obsessed with pastel colours, so when I saw these adorable mini pastel satchels in Primark at only £6 each (Yes, they were only £6 each!) I had to pick one up. I originally only bought the pink one but loved it so much I ended up going back and getting the yellow one as well. They sell them in lots of different colours. They're adorable right? 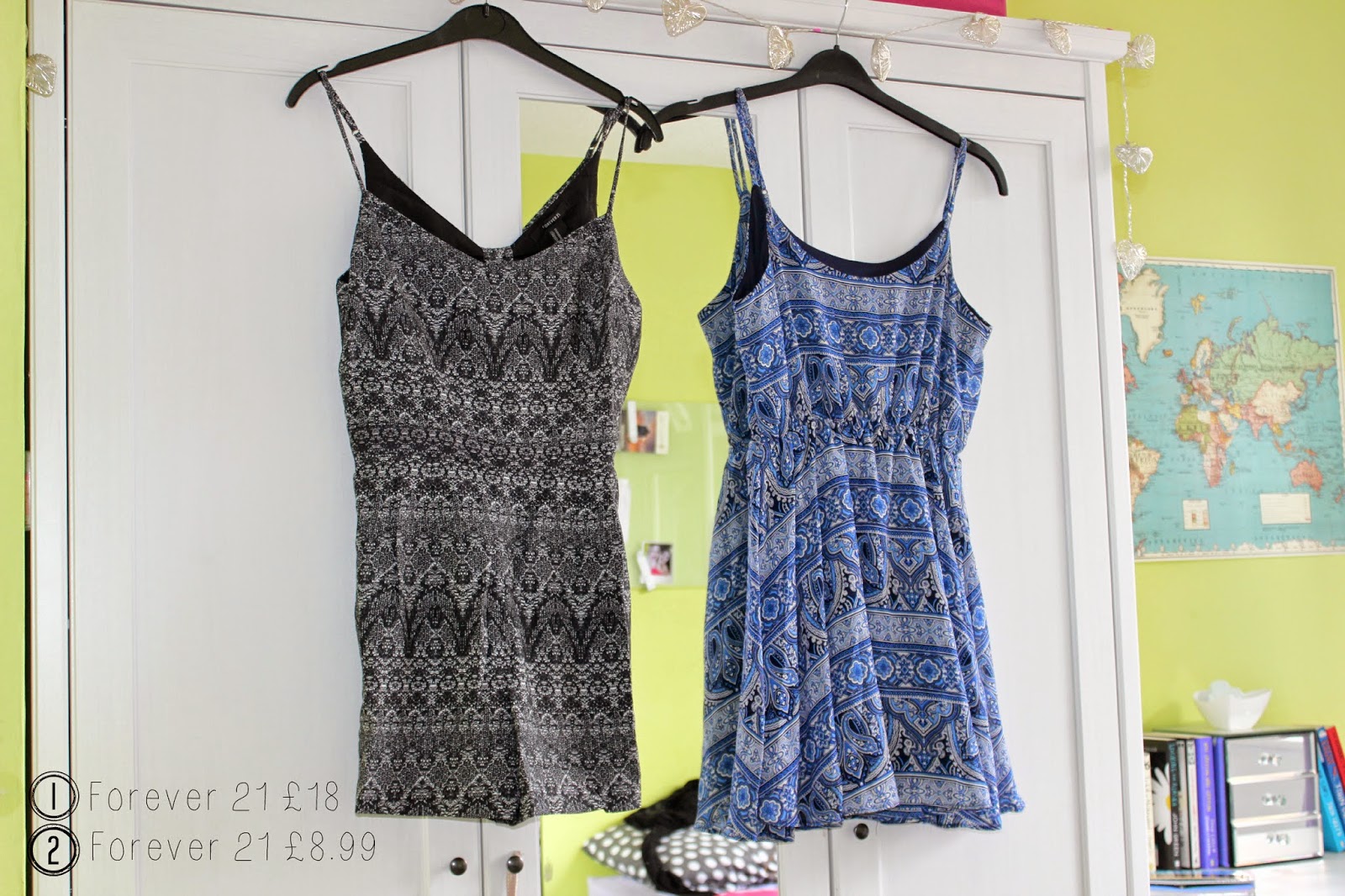 Whilst staying with friends in Kent, I went out for lunch in the Blue water shopping centre and afterwards I had a quick little look around forever 21 since there aren't any near where I live. I first got a blue patterned dress which was only 8.99 in the sale which is an absolute bargain. It's quite a summery dress considering summer is basically over but I really liked it so I will probably wear it next summer or if I go out anywhere nice.

I also picked up a black and white patterned play-suit which has an adorable cut out back with a bow. I am thinking of wearing this to an upcoming party with some gold jewelry, it was £18. 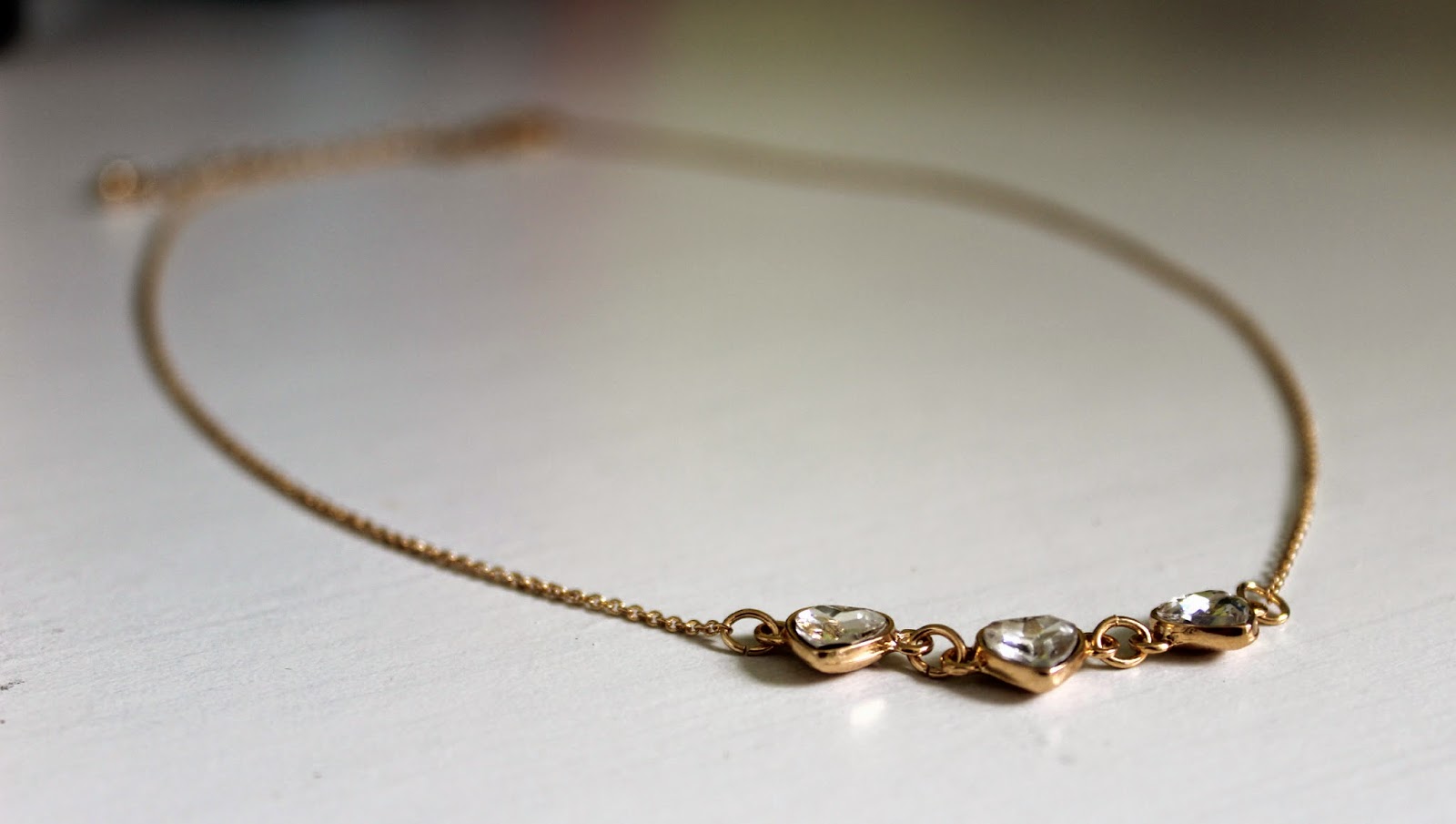 This cute little gold necklace had three heart shaped crystals on it and only cost me £2.50, I have a slight obsession with dainty necklaces at the moment. 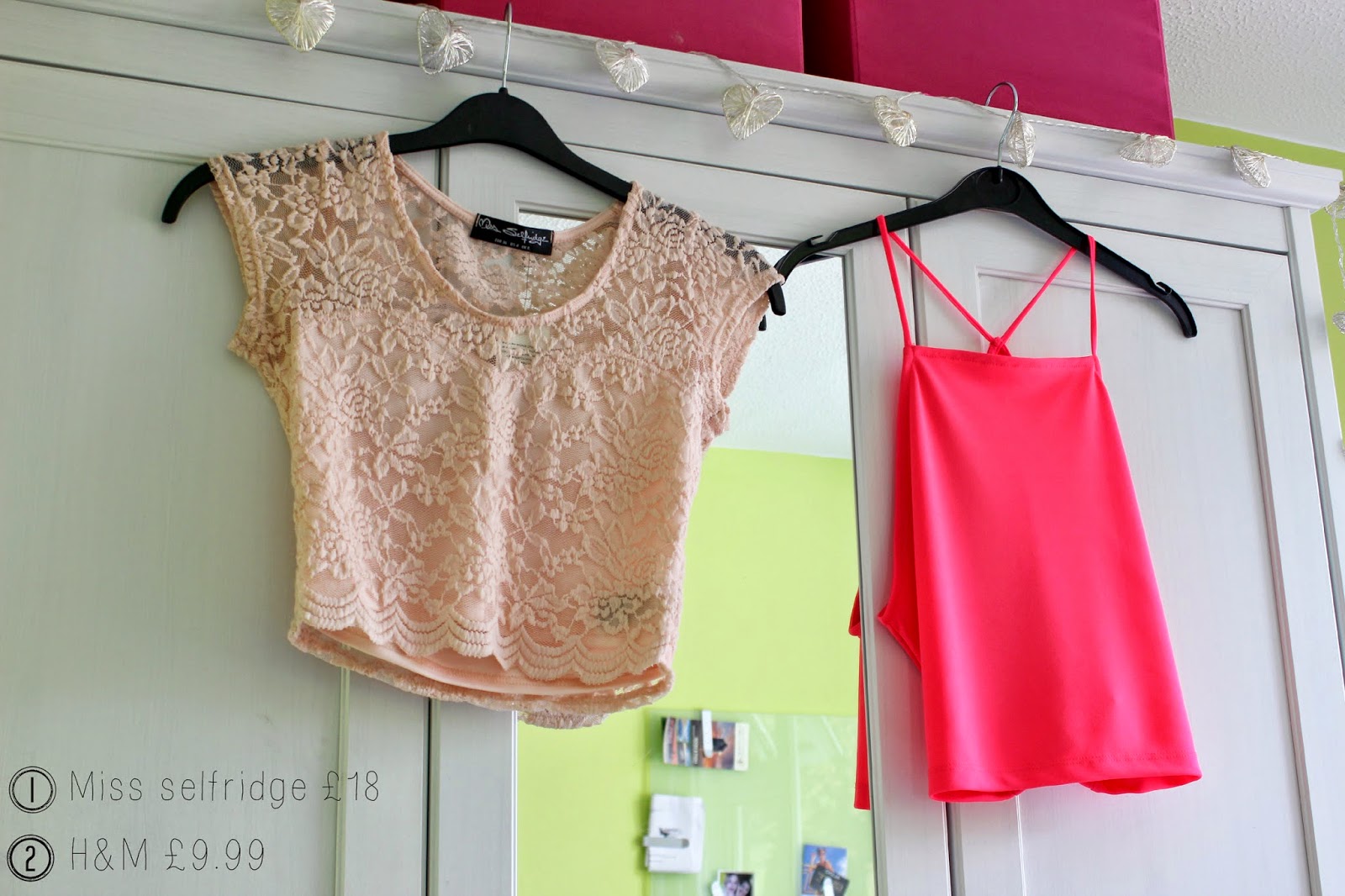 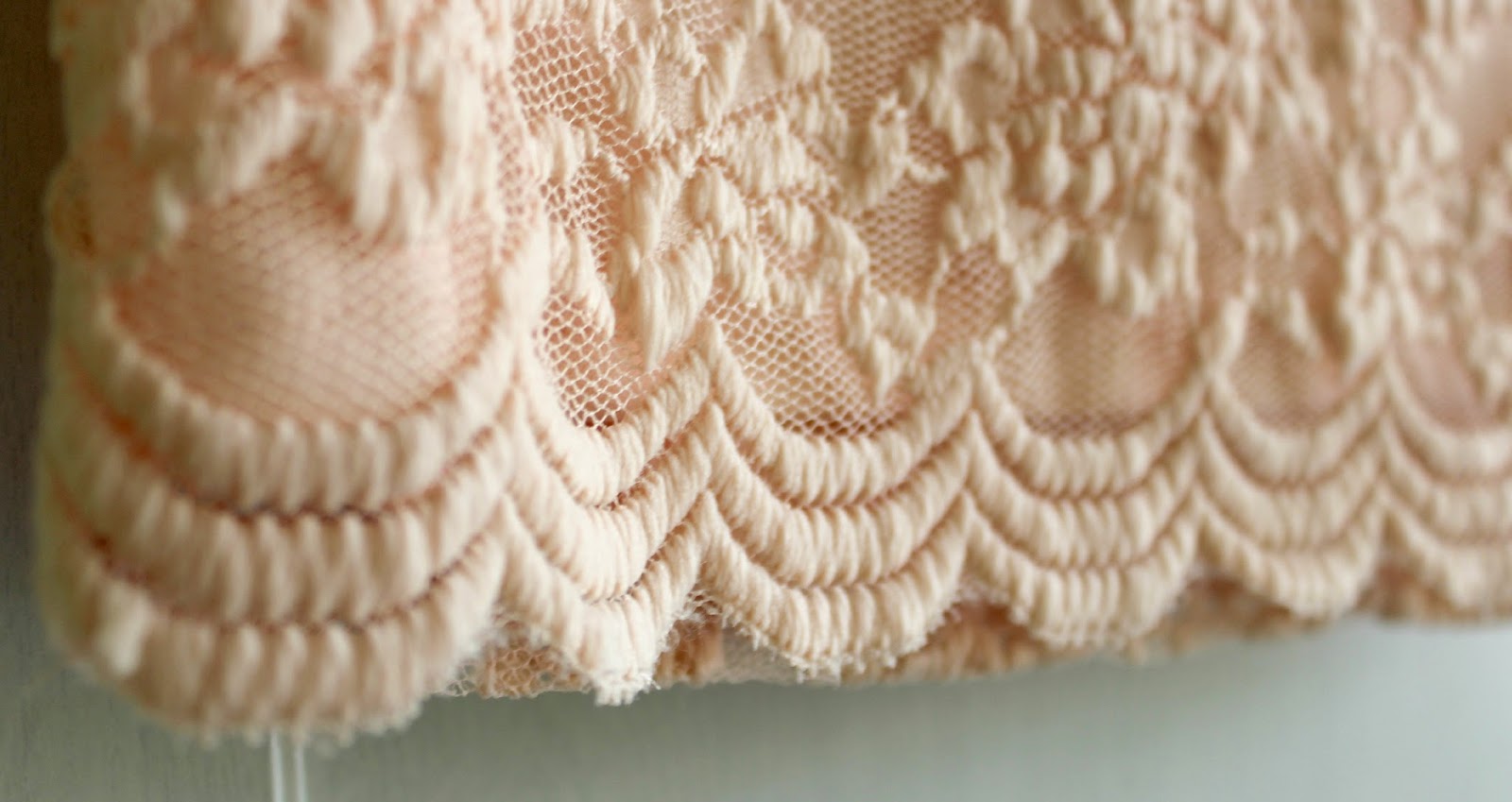 Next I picked up this pale pink lacy crop top with a scalloped bottom from Miss Selfridge, which is not a shop I usually go in. It's so pretty and girly, I love that the underlay has a cute sweetheart neckline. I'm not quite sure how much it was because the price is not still on it but if I remember correctly it was £18.

The next top I bought was a bright pink vest top form H&M, which has a high neck at the front but has a low crossed back. I recently wore this to a party teamed with black disco pants and a black lace bandeau underneath. It was £9.99. Typically I wouldn't go for a bright colour like this, but I thought you know , why not? 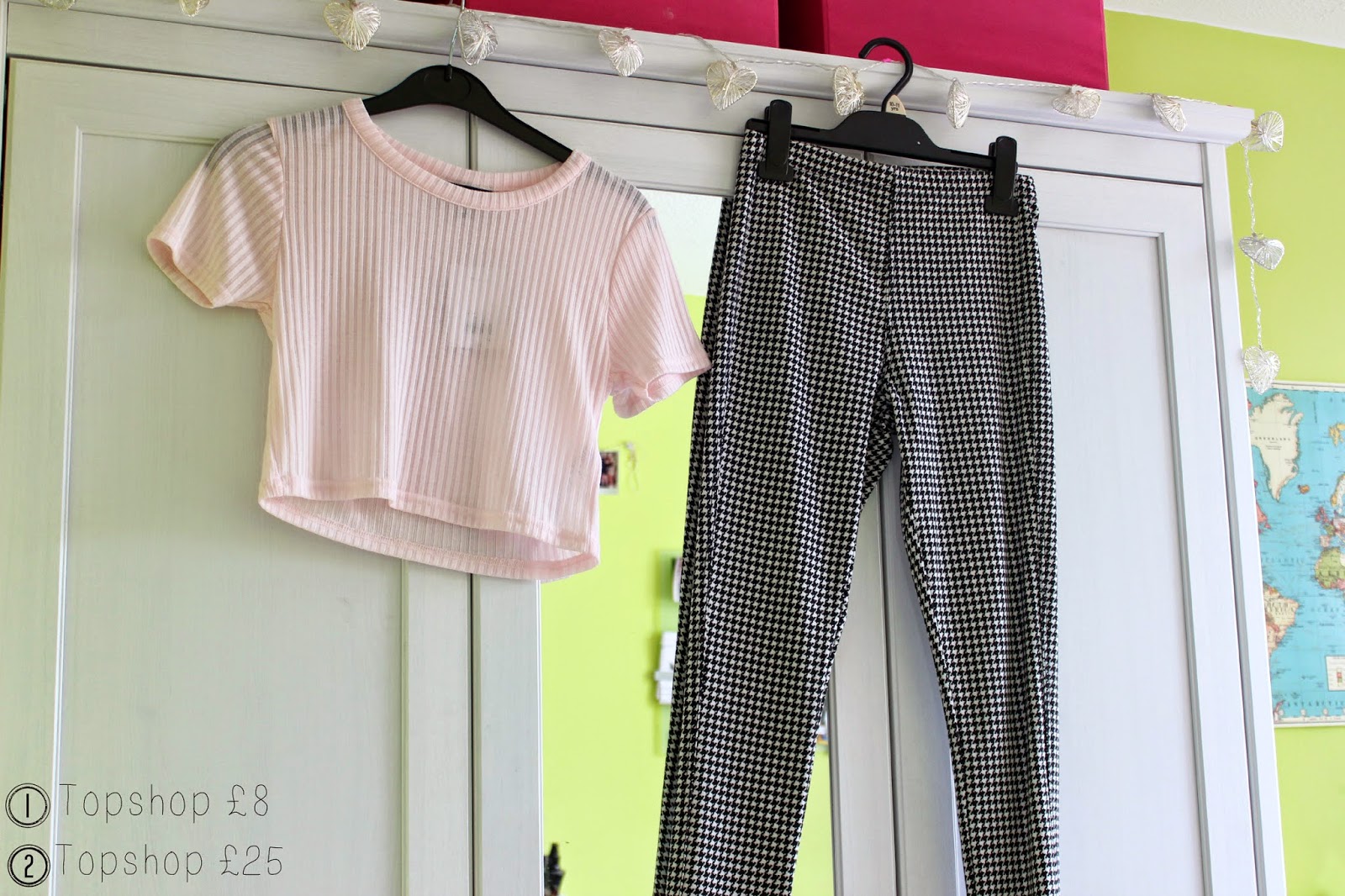 Here comes another pastel purchase. I bought this cropped baby pink t-shirt from Topshop a few weeks ago for £8. It has sheer stripes throughout, so I'm planning on wearing a white bandeau underneath it. I really ought to stop buying crop tops since I own an awful lot of them and winter is coming round.

Although lots of the clothes in this haul are coloured, I love the shades black and white and wear them most often. So when I saw this pair of dog tooth printed trousers, I had to get them. They are slightly out of my comfort zone as I generally stick to wearing leggings or jeans, but I really like the way they look on. They were £25 and feel very good quality. 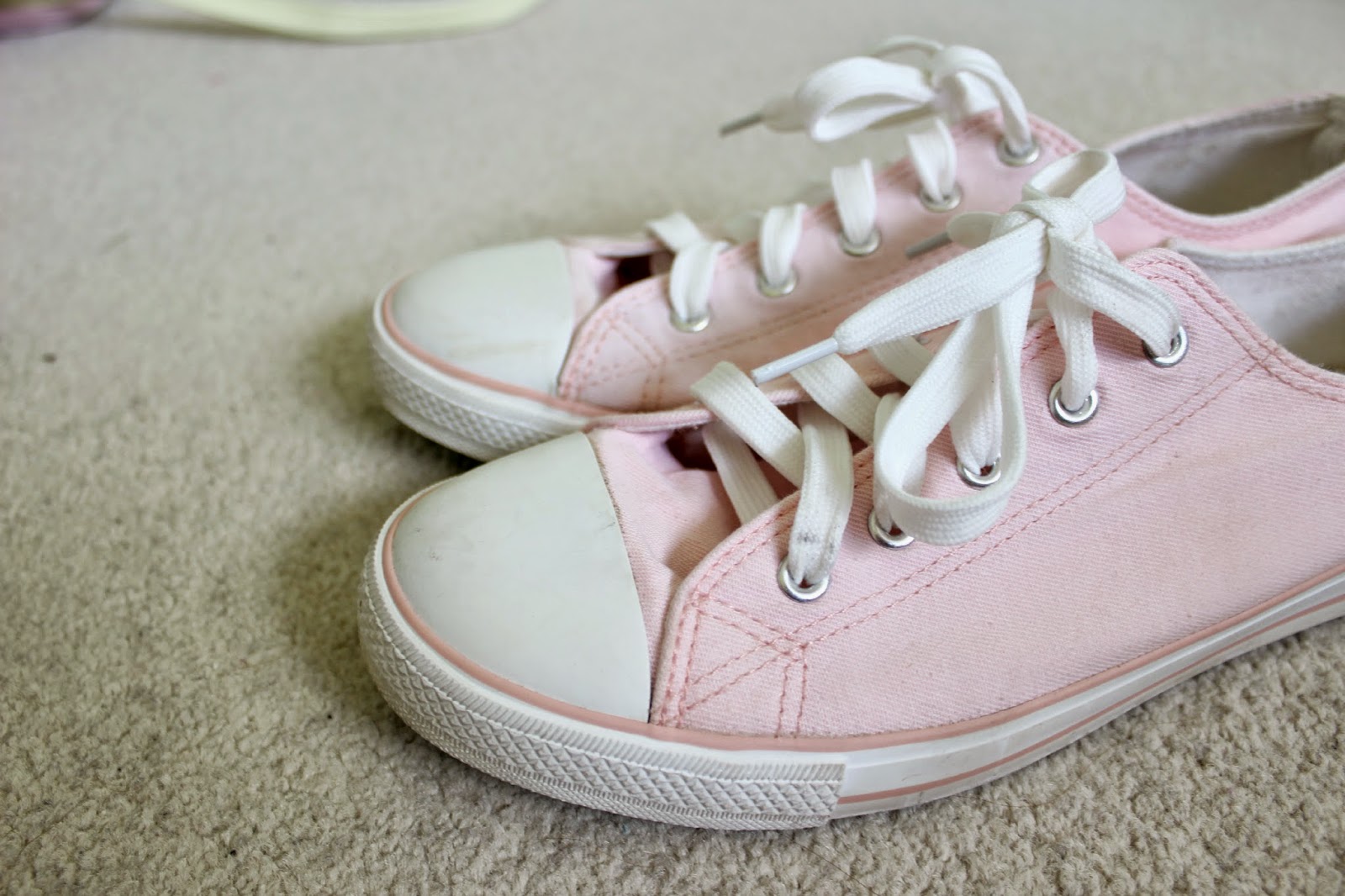 From New look I bought a pair of baby pink plimsolls, (see the pastel theme now?), which were only £9.99 which is pretty good value as I will probably get a good wear out of them until they inevitably fall apart, as do the majority of cheap plimsolls. 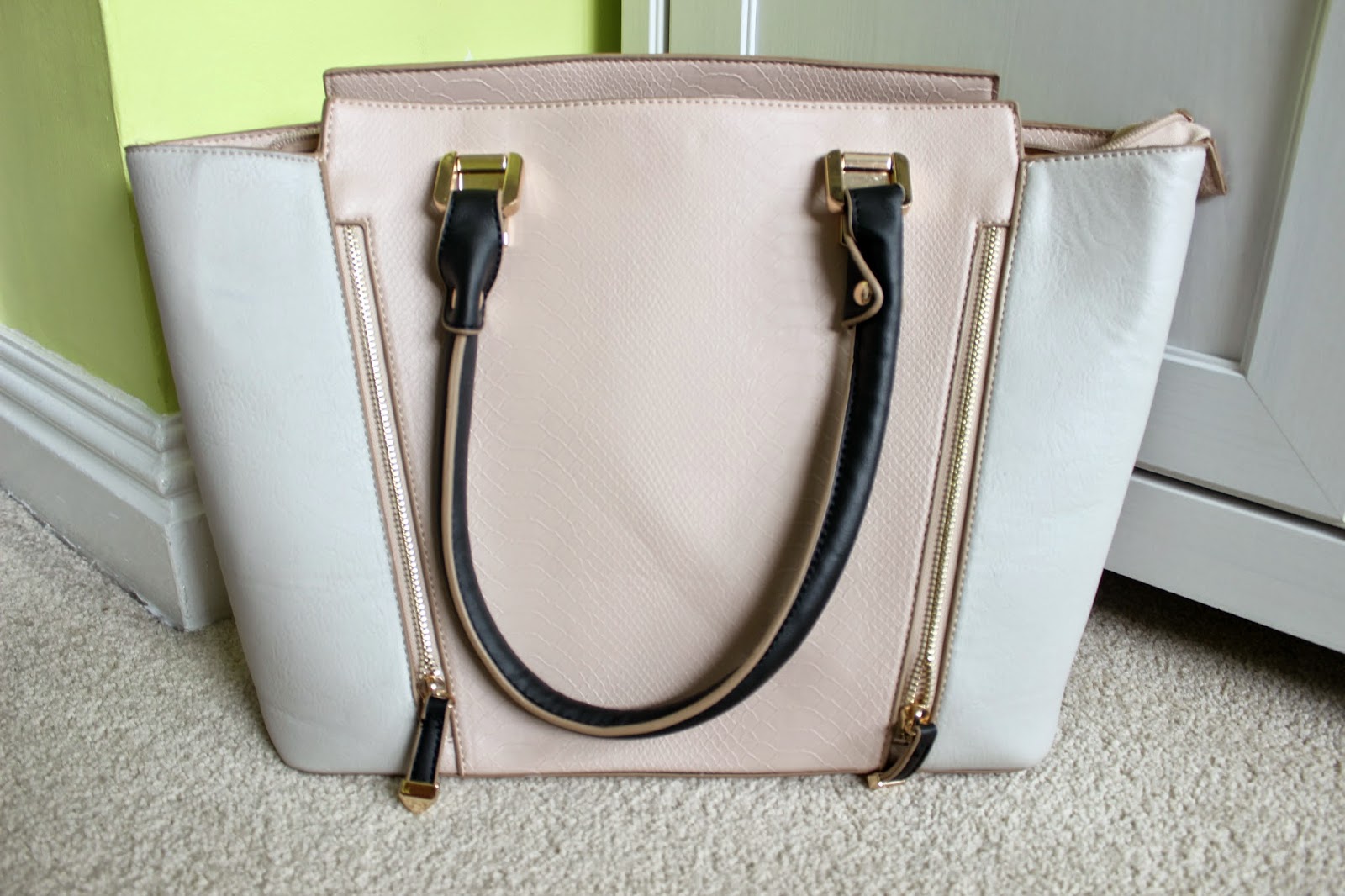 Whilst In new look I bought my school bag, which is a large nude, grey and black bag. Normally I end up buying bags that don't fit all of my folders in them, so this year I decided to go big so everything could comfortably fit inside. I'm hoping that this bag lasts over half the year as I seem to always ruin my school bags and they constantly fall apart. It was £25, so hopefully it will be of a decent quality.

Have you posted a haul recently? 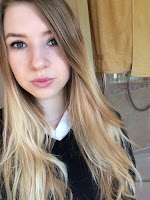